For users to easily access GPIO with python FriendlyElec integrated RPi.GPIO in the FriendlyCore images for the NanoPi H3/H5.
RPi.GPIO is a famous library in python for Raspberry Pi. FriendlyElec ported it to the NanoPi H3/H5's FriendlyCore images and renamed it as RPi.GPIO_NP.
Most RPi.GPIO_NP's APIs are the same as those of RPi.GPIO and you can refer to https://pypi.python.org/pypi/RPi.GPIO for more details.

The RPi.GPIO_NP library is integrated in all the FriendlyCore images that are and will be released after June 5, 2017. Therefore for images released after this date no installation is needed.

Here is code sample on how to access a NanoPi NEO2. A Matrix - LED is connected to a NanoPi NEO2 in the following hardware setup: 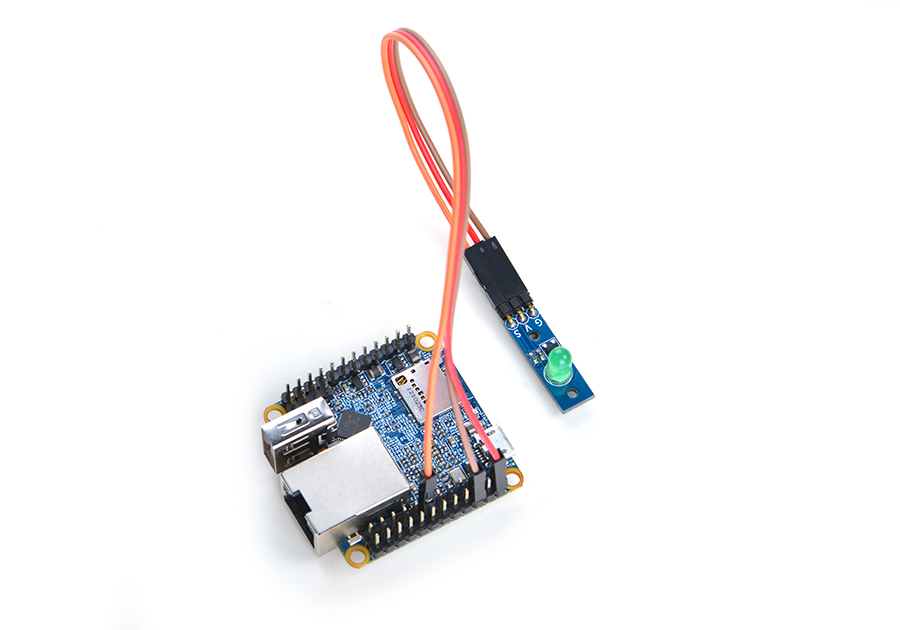 The code sample shows how to make an LED blink in Python
Pin 7 is accessed in this code sample:

Create a source file in Python:

Type in the following lines:

The LED module will blink if you do everything right.