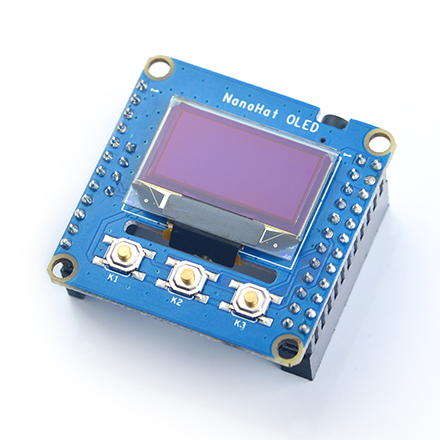 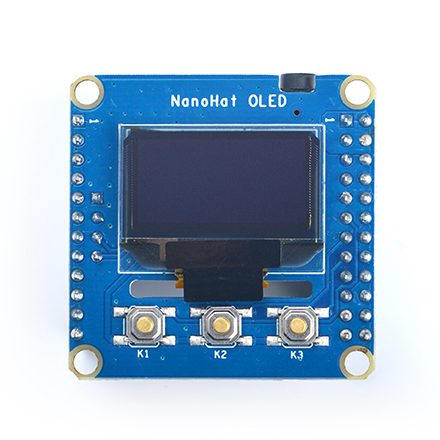 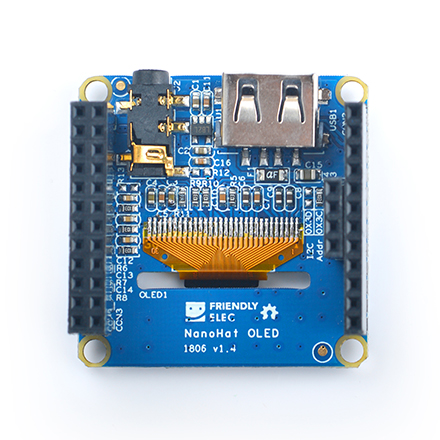 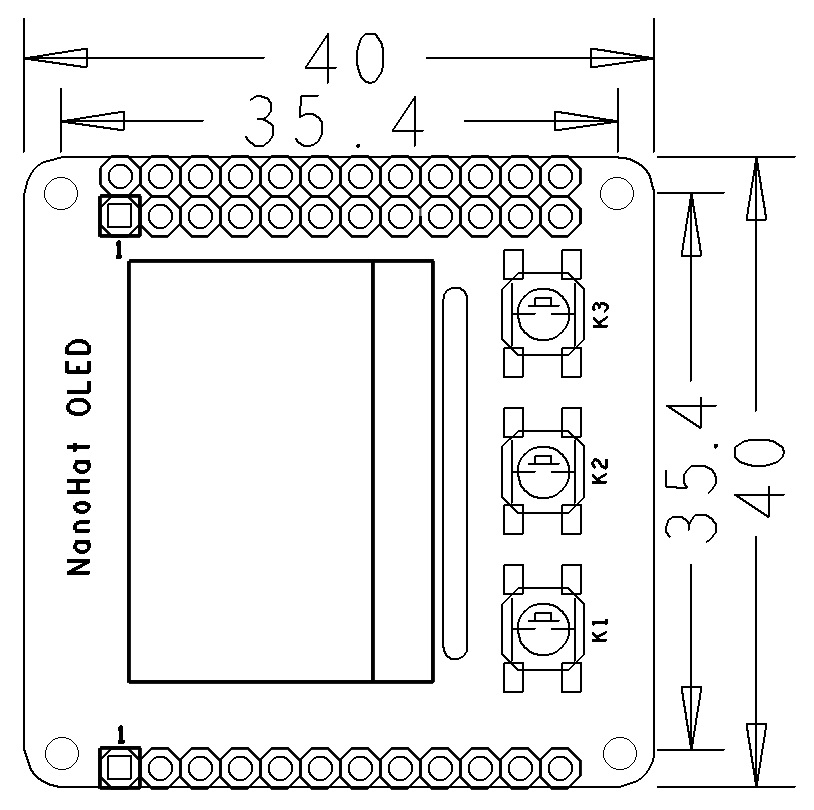 Only GND and 5V on the 12-Pin land are connected and the rest pins are open. For more details on the 12-Pin connector refer to NanoPi NEO/Air/NEO2's wiki site.

Currently only the NanoPi NEO, NEO2 and NanoPi NEO Air work with this module. The NanoHat OLED module has the same form factor as FriendlyElec's NanoPi NEO. It can be stacked on a NanoPi NEO/NEO2/Air. Here is a hardware setup: 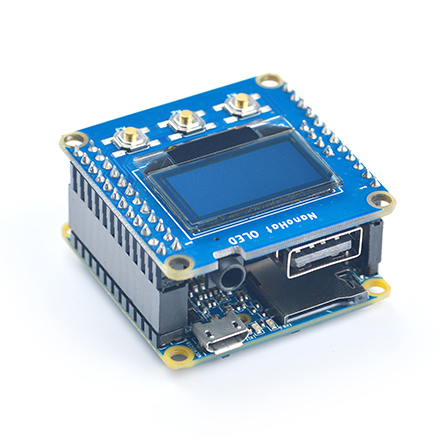 There are some code samples for NanoHat OLED. You can get these samples by running the following commands under Ubuntu core:

After the code samples are installed they will automatically run on system reboot and display date and time
Here are the definitions of the NanoHat OLED's three user buttons:
K1 -> Show date & time;
K2 -> Show master device's system status: IP address, CPU usage, RAM, CPU temperature and etc;
K3 -> Shutdown. After this button is pressed system will not be shut down immediately but will pop up a Yes/No dialog. Pressing K1 switches between Yes and No, and pressing K2 is to confirm the selection.