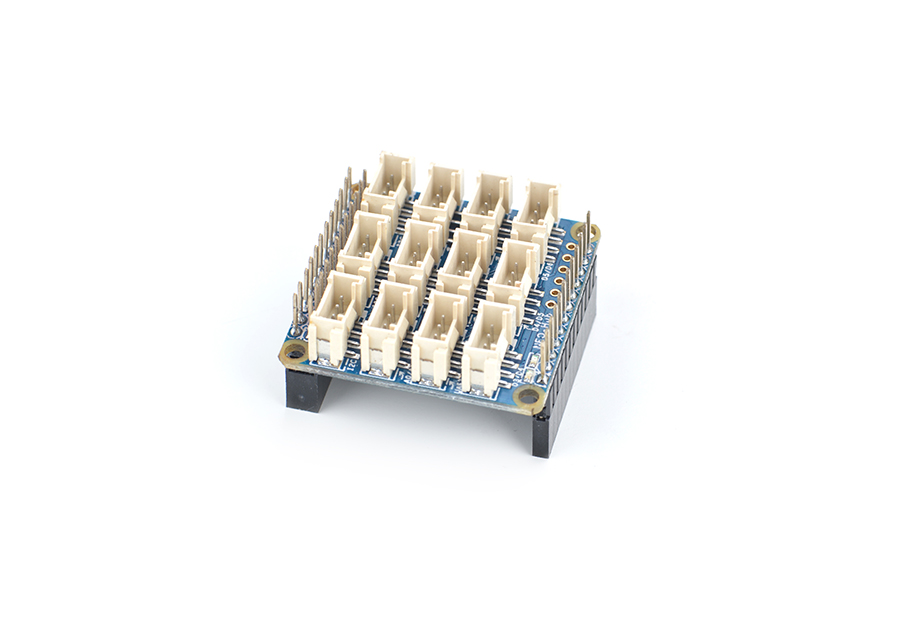 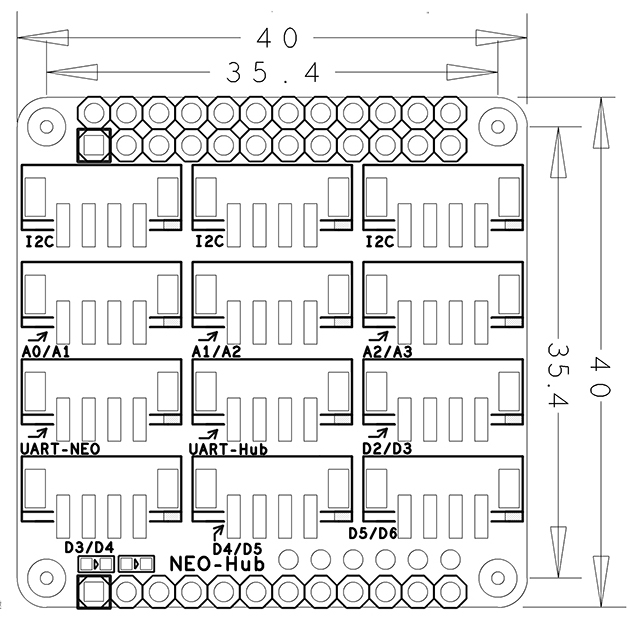 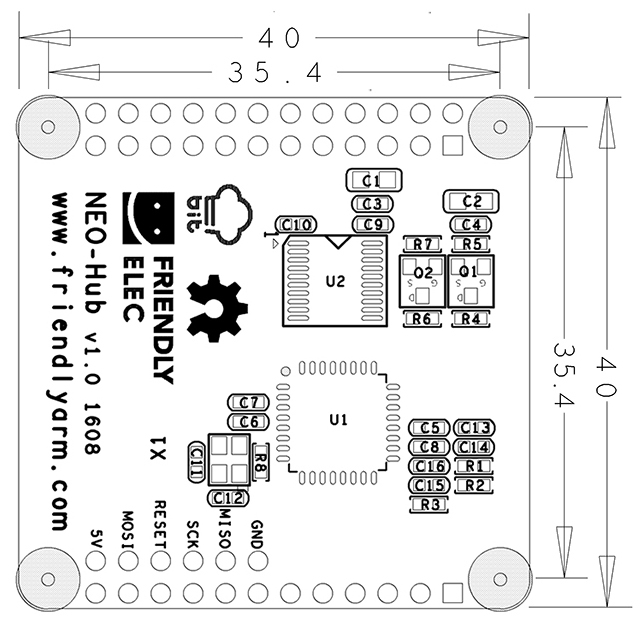 There three 5V I2C interfaces on the top row. The first pin from the left is SCL and the second pin is SDA.

The NanoHat Hub has two UART interfaces. When you connect the NanoHat Hub to the NanoPi NEO/AIR the first UART on the third row from the left is directly connected to the NEO/AIR's UART1. The second UART is the UART populated from NanoHat Hub's chipset and this UART can be used as D0/D1.

Here is a list of BakeBit modules that can work with the NanoHat Hub:

You can update the chipset's firmware(bakebit_firmware.hex) of the NanoHat Hub by following the instructions below:
Install avrdude on NanoPi NEO/AIR's system:

Append the following lines in the "/etc/avrdude.conf" file:

Enter the "Firmware" directory and run the "firmware_update.sh" script to update the firmware:

After a prompt shows up select "y". If the update is done successfully you will see the following messages: 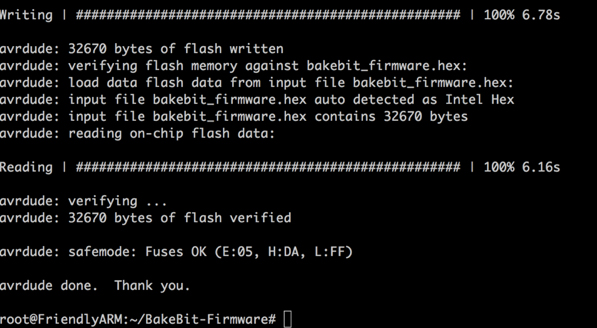 The firmware is a ".hex" binary file and you can check the latest version by running the "new_fw_search.sh" script.

1) Download the Arduino IDE from the following link and install it on your host PC:
https://www.arduino.cc/en/Main/Software

4) In the main Arduino GUI open the "Tools" menu and change the Board model to "Arduino Nano": 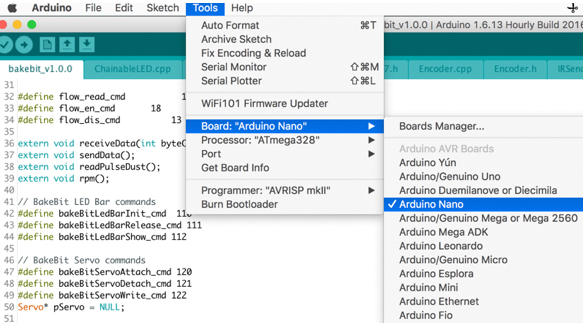 6) If the compilation succeeds a binary file "bakebit_v1.0.0.ino.eightanaloginputs.hex" will be generated. Rename the file to "bakebit_firmware.hex", upload it to "NanoPi NEO" and replace the file with the same name under the "BakeBit/Firmware/" directory. Follow the instructions in the previous section to run the firmware_update.sh script to flash the firmware.